• Quirindi R is a 3/4 Sister To Quizzical R who has just scored 93.6% with Tyler Bain at the Sydney CDI 2021 in the 4yo young horse class. This was the highest score of any class at the whole CDI show! Maybe an Australian record!
• Quirindi R is by Questing R. Questing R  I rode at as a 6yo in 2017 to become the NSW State Novice Champion and then he became the National Elementary Champion all in the same year. Questing R averaged 77.68% in official tests in 2017 and this was the highest dressage average in Australia including all grades not just the tests from which we scored in being official Elementary and Novice tests. Questing R on two occasions went through 80%. Questing R is by Quaterback who also sired the Tokyo Olympic horse Quarter Back Junior FRH. Isabelle Werth also has a Quaterback stallion called DSP Quantaz who is scoring over 80% at Grand Prix and is about to become her number one horse with the retirement of Bella Rose and Weihgold OLD both of which she has won Olympic team gold medals and individual silver medals.
• Quirindi R is out of the Fiji R mare Frumpet R who is also a full sister to Frederico R who sold in the July 2019 Auction of the stars for $48,500.00. Fiji R is an imported stallion who is by Florencio and who competed successfully at Grand Prix dressage with young rider Breanna Tillitzki.
• Frumpet R is out of the Jive Magic mare Josie R. Josie R is the mother of Quizzical R who did so well at the 2021 Sydney CDI. Jive Magic was a brilliant Grand Prix dressage stallion who won the 2010 Sydney CDI which is probably the biggest Grand Prix show in Australia.
• Josie R is the Grandmother of Quirindi R. Josie R is also the dam of Royalty R who is currently competing Prix St George with Serena Ireland. I think we have attached a photo of Royalty R.
• Quirindi R is to die for! Bred in the purple, moves sensationally and is a beautiful character. Check out the video footage. These are just the first of the Questing R babies to start stepping it out there!!
Here is the video for Quirindi R  https://www.youtube.com/watch?v=XSfx5Hv53O0 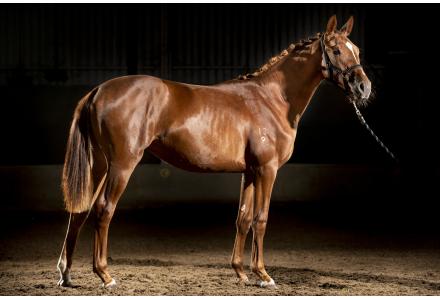