Coolness R is bred to be a champion eventer. Coolness R is a beautiful young horse with a big white blaze and lovely big white legs. He has a great personality and lovely paces. We are yet to see if he can jump but we have out fingers crossed.

Coolness R is by Chilli Morning who is best know for being the only stallion in the world to win the Badminton 5* three day event in 2015 with William Fox-Pitt. Chilli Morning also won an individual bronze at the 2014 World Equestrian Games in Normandy. Chilli Morning has a few progeny that are out competing in the northern hemisphere with success.

Coolness R is out of Conspire R who Heath is currently riding and who at this very early stage looks very exciting from a top competition point of view. Conspire R is by Wimborne Constable who is the only stallion eventing at 4* level in Australia. The mother of Conspire R is Red Legs R who is by Regardez Moi and Red Legs R is also the mother of Bronze Boy R who is my young 4* eventer. Aspire R who was also a 4* eventer that I produced and who was subsequently sold to the USA is a half brother to Red Legs R. Coolness R has magnificent paces and just might be both a stallion and a top competition horse. 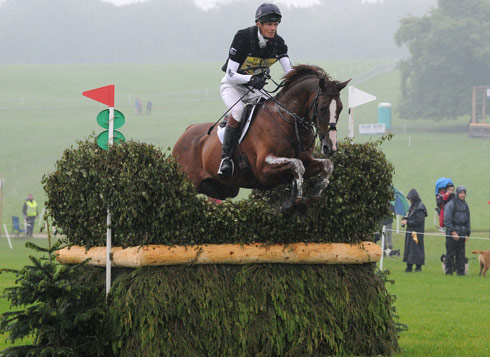