Breanna Tillitzki started her training with Rozzie Ryan at the age of 12yrs and has been pretty much with the Ryans ever since. Bree used to go to school at Lochinvar so whilst Heath & Rozzie were based at Lochinvar it was simple enough to turn up at Ryans each day after school. Bree was initially involved with mucking out and tacking up horses for both Rozzie and Heath. This quite quickly evolved to Bree taking a special interest in Regardez Moi. Bree as a 12yr old would ride Regardez Moi for 1/2 an hour on a loose rein in the indoor school at the walk immediately after Heath had finished working him. In the pursuing 8 years this ritual developed into Bree becoming almost the "keeper" of Regardez Moi and travelling with the stallion to pretty well every competition he was entered in.  Bree now walks Regardez Moi for an hour a day and sometimes twice. Rain hail or shine, Bree can be found walking Regardez Moi out along the hacking trails past mares and foals and giving great richness to his life.

In April 2009 Bree accompanied Regardez Moi to The World Cup Finals in Las Vegas and then stayed with him throughout quarantine to deliver him home to Heatherbrae safe and sound some 10 weeks later. At the time Bree was just 18 years of age. 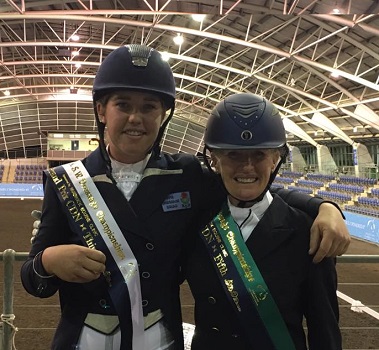 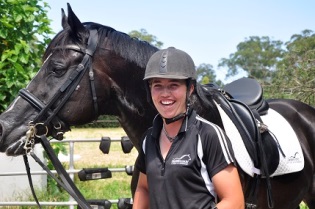 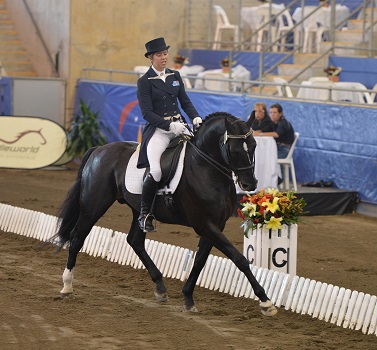 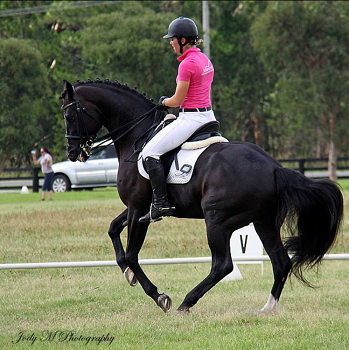 As a rider Bree has shown outstanding talent and has largely been entrusted with the schooling of Heath and Rozzie's stallion Fiji R. Fiji R and Bree have become a wonderful partnership and today are competing in Grand Prix classes after progressing through the levels winning at Prix St George (PSG) and Intermediate 1 level. 2016 saw Bree win 6 Grand Prix classes on Fiji R and they were declared the Big Tour Champions of the Alexander Park Dressage Club. Alexander Park Dressage Club is actually the biggest dressage club in Australia and at the annual EA awards night received club of the year. Already Bree is recognised as a very focused and dedicated rider with a great future in dressage. As a result, she has an expanding group of owners who have horses based at Ryan's specifically for Bree to train and campaign. As a competitor, Bree is ferocious, riding very accurate tests with great understanding and technical presentation.

Bree was born in the Hunter Valley, NSW into a family already interested in horses. Bree's mother Leanne was a Barrel Racer of some note and Bree's father Robert represented Australia in the USA as a bulldogger. Bree started riding at age 2 and competed Pony Club State Championships, Young Rider Championships and at this time rode across all disciplines. It was when Bree realised that Dressage was her interest that Rozzie was approached and Bree has been training with Rozzie ever since. Bree has ambitions of riding for Australia at the Olympics and right now would have to be one of the most exciting young dressage riders in the country.

2017 does see Bree with a number of very fancy competition rides.

Bree, along with her family, has a couple of very special Jive Magic, Regardez Moi, Metallic, Questing R, Fiji R, De Niro and Starnberg broodmares which produce foals each year. Already this little programme has proven to be financially successful. The big problem is convincing the family to sell the progeny. Bree is a very important member of the fabric that makes up the staff at the Ryans.