2008 Heath was a member of the Australian Dressage Team for the Beijing Olympic Games and Rozzie was named as the First Reserve rider for the same team. Heath has been three times Assistant Coach for the Australian Olympic Eventing team, 1996 at the Atlanta Olympics where Australia won Gold, 2000 at the Sydney Olympics where Australia again won Gold and then at the 2004 Athens Olympics. Heath has himself on three different occasions been the Australian Three Day Event Champion and on three different occasions the Australian Grand Prix Dressage Champion. Heath has produced 8 Grand Prix horses which have competed at CDI level. Currently his top ride is a son of the black stallion Regardez Moi (who has won over 40 Grand Prix's) Utopian Cardinal. In 2016 Utopian Cardinal became the Australian Grand Prix Champion. Allowing for the fact that Regardez Moi who is the sire of Utopian Cardinal has himself been on two different occasions the Australian Grand Prix Champion this is remarkable. Heath as an eventer has produced over 20 3* eventers including the 2012 London Olympic horse Mystery Whisper. In actual fact Heath and Rozzie were also responsible for breeding this horse. At the time of writing Heath's top eventer is the stallion Wimborne Constable who is owned by Kylie and Phillip Ewart. Heath feels this horse is good enough to be a serious contender for the Tokyo 2020 Olympics.

Perhaps one of the most memorable Ryan highlights so far was in 1990 at the WEG in Stockholm where Heath rode for Australia in the Eventing team, Rozzie rode for Australia in the first ever Dressage team to leave Australian shores and Heath's parents Rod and Sue competed for Australia in the 4-in-Hand Driving Championship. Matt, Heath's youngest brother was supposed to be on the Australian Event team with Heath but his horse went lame at the last moment and he acted as groom for Rod and Sue in the 4-in-Hand Driving. Matt was to set the record straight just 2 years later at the Barcelona Olympics in 1992 where he went on to win both the individual and the team Gold medals in the Australian Three Day Eventing team. Matt reappeared on the Australian Olympic team at Sydney 2000 and won himself another team gold medal giving Matt a total of 3 Olympic Gold medals!

Heath has also been involved training riders from many other countries. In 1998 Heath focused up on coaching the Thai Eventing team and this team went on to win the Team Gold medal, the Individual Silver medal, and the Individual Bronze medal at the 1998 Asian Equestrian Games. 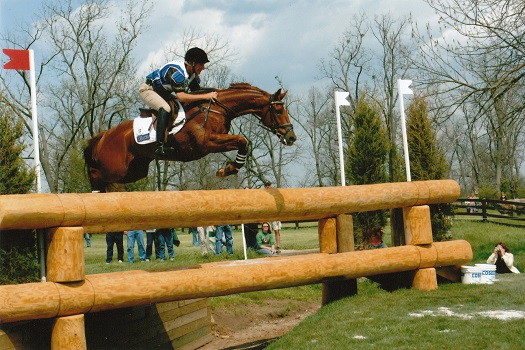 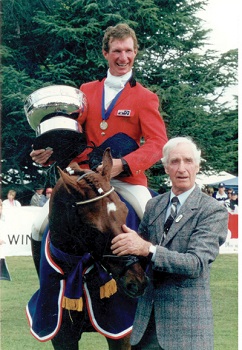 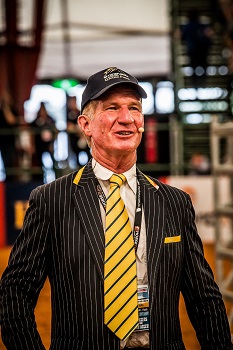 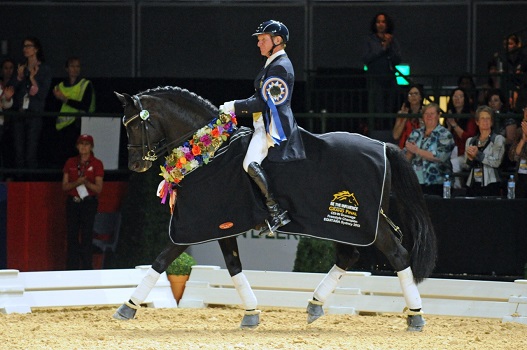 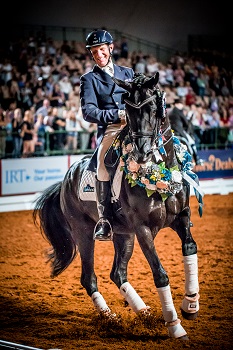 Heath is a great believer in "winning" and as a result has been involved with the Ryan's horse breeding program for some 30 years. Basically Heath and Rozzie have raided the best genetics from all over the world and continue to bring them together in a program focused up wholly and solely on producing Gold Medal horses. Producing Olympic horses is in Heath's opinion very different to producing commercial horses. As a result horses like Utopian Cardinal are the aim and this does mean that young stock at Ryans are well bred but not always bred to be as immediately fancy as some of the horses which shine in young horse classes. Bloodlines which Heath and Rozzie have incorporated include Donnerhall, Rubinstein, Angelo, Jazz, Ferro, Florestan, Weltmeyer, Action, Pik Bube, Quaterback, Quando Quando, Brentano II, Negro, Don Schufro, Totillas, De Niro and Consul.

Both Heath and Rozzie have a collection of perhaps the best staff in the world and they attribute this to the fact that no-one is hired in the capacity of being a groom. All staff outside the office are current riders training with everything they have to be Olympians. Most week mornings start at 6am with Heath teaching one of the staff. Most weekends will find Heath and Rozzie including most of the staff scattered across Australia competing.

The most unique aspect of Ryans at Newcastle Equestrian Centre in Heath's opinion is that this is perhaps realistically the only facility in the world that successfully nurtures "under-privileged" young riders, i.e. 18-26 year olds, to Olympic performances. Most Olympians are predominately produced by their parents in a program which can start seriously with a child as young as 8 years of age. Usually a traditional successful program revolves around the parents taking their child at least once a week to a high-calibre coach. For this to happen the family by good fortune just happens to live reasonably close to an elite coach. The family also invests in schoolmaster horses and then high quality competition horses as the child becomes more and more capable. The program also is driven by the family taking the child to Olympic discipline competitions on a regular basis. This type of "privileged" program will produce most of the Olympic riders around the world.

Historically at Ryan's young riders who are already 18 years of age and have an Olympic dream to ride for their country do base themselves at Ryans. These young riders for one reason or another are still in the early stages of being a serious rider. Some of the young riders that have been produced at Ryan's had indeed never competed before arriving but never-the-less have the passion and the dream. The passion and the dream and hard work are indeed enough to produce Olympic riders even if they are late starters. Most of these young riders who wake up at 18 year of age and still have the dream to ride for Australia do try to be good riders and go to facilities where the top rider or riders are already Olympians with the hope of learning these skills from these top riders. On paper this does sound sensible and feasible. Realistically the young riders are seriously complicated to coach with the realities of life just dawning on them and boyfriends and girlfriends and inexplicable emotions and quite frankly they are a nightmare! However as grooms providing valuable support for a top rider these young riders have a real place in an Olympic program. Just not as a rider. Most of these already established Olympic riders have their resources stretched in training their own Olympic horses and still making a living as well as staying on the competition circuit. To take on the complications of a talented young rider and have a elite rider evolve is just way too complicated and difficult. Once people are alerted to this phenomena it is relatively easy to research this train of thought. At Ryans these young riders do go on to train and ride Grand Prix dressage and 4* Three Day Eventing. It is always amazing to Heath that young riders with these visions nearly never ask the coach or rider who they are going to work for if they have ever produced an Olympic rider before. When we say "produced" we mean take a rider from Pony Club and influence them along the journey in a positive way up to and including Olympics. There are good coaches who will help an Olympic rider however on close questioning certainly did not produce the Olympic rider. In Heath's opinion this is a critical consideration that young riders should be very aware of if they are serious about their dreams. The production of young riders from go to whoa including the Olympics make Ryan's unique anywhere in the world.