Sarah Clark joined the team here at Ryans at the start of 2018 when she was just 16 years of age. We never take 16 year olds on but somehow Sarah was different! Sarah had been attending clinics which I (Heath Ryan) had been conducting in Cowra and also clinics in Bathurst since she was 10 years of age. Sarah always exhibited seriousness beyond her age and a relentlessness in training her ponies everyday between the clinics. Sarah produced her 13.1hh pony Starry who was an Arab cross New Forrest Pony to Prix St Georges level dressage and 105cm Eventing.

Since working here at Ryans Sarah has produced her ex-racehorse Greyland to 2* Eventing level and Medium level dressage. Greyland does give off all the signs of going all the way to 4* level eventing. Funnily enough Greyland was given to the Clark family once he was finished racing.

Sarah also has a young 5 year old Highlands Blue Diamond mare called Blue Note who is the most magnificent jumper. Interestingly Blue Note was bred by Hazel Shannon and as an unbroken 2 and 1/2 year old was sold through the Auction of the Stars. Sarah's mother, Fiona decided she liked the look of Blue Note and completely on her own without consulting with anybody started bidding on Blue Note in the Auction. Sarah who was sitting beside Fiona was hugely embarrased and told her mum to stop bidding. Well as mothers do Fiona took no notice of Sarah and bought Blue Note. Blue Note turned out to be very quiet, very brave, very careful over fences, has excellent paces and is about as fancy a young horse as you can buy. Sarah and Blue Note at their first one day event won the class and won a rug! Today Sarah is completely in love with Blue Note and laughs with embarrasment when people ask her how she managed to get such a nice horse! Interesting times ahead. 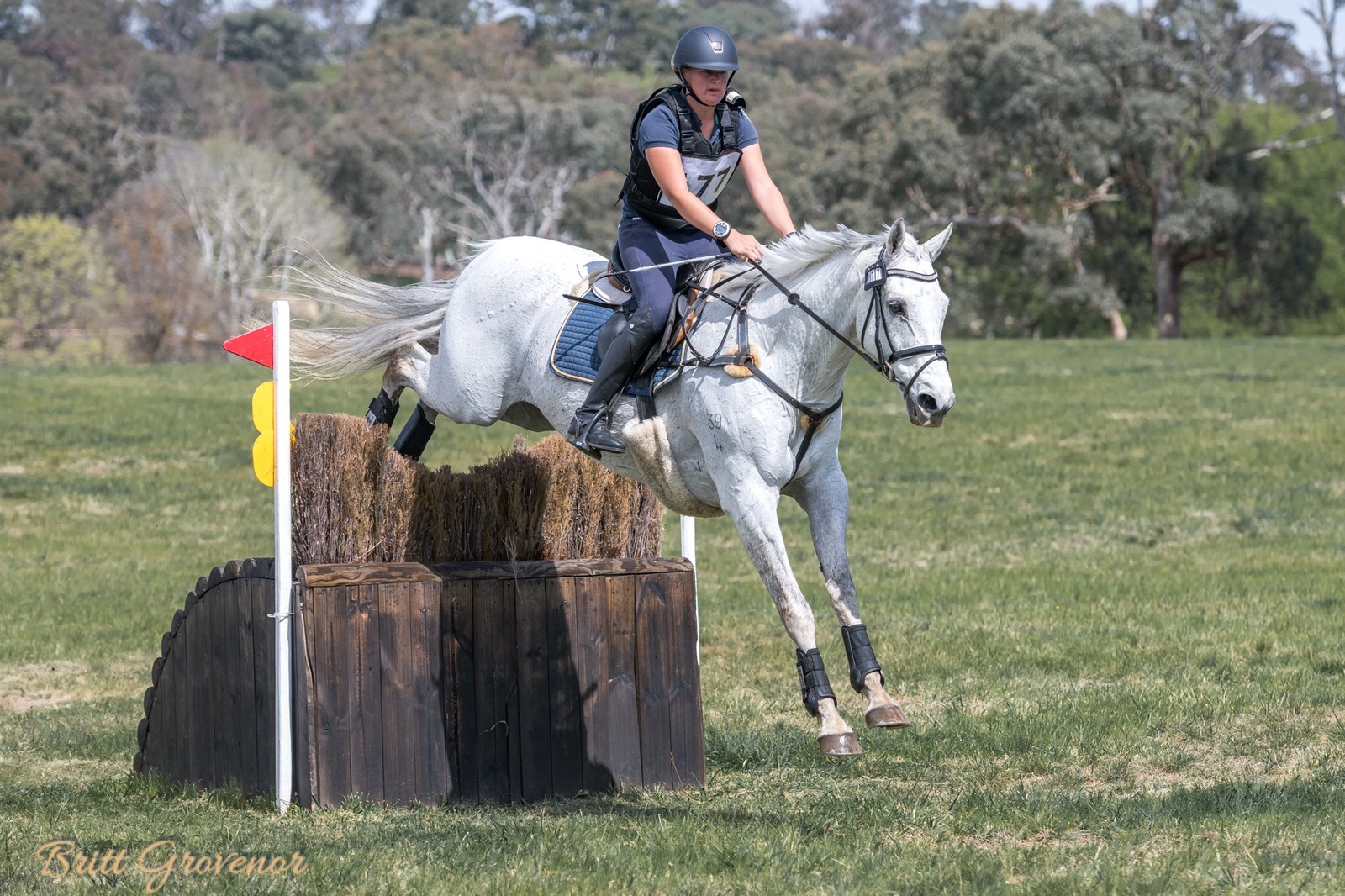