Russia R is a fascinating young broodmare and full sister to competition stallion Regardless, owned and ridden by international rider Felicity Cribb. This young stallion is winning young horse dressage classes as well as showing international class talent in the jumping arena. This jumping talent has taken us by surprise. The bloodlines that Russia R represents are performance through and through. Regardez Moi has won more than 40 Grand Prix dressage competitions, making him the most winning Grand Prix dressage horse in Australia. Regardez Moi is again the Australian Grand Prix Champion despite being 19. Regardez Moi has unexpectedly thrown a number of really good jumpers as well as spectacular young Grand Prix dressage horses such as Utopian Cardinal. Russia R is out of Georgia who is by Grand Kavalier. Interesting to note is that Grand Kavalier is out of the mare SPS Resista. SPS Resista is a full sister to Rubinstein who in turn is the sire of Regardez Moi. Georgia R is out of Willow who is half-Andalusian. Willow was dam of Stone Cutter, three-star three-day event horse (John Cooper). Russia R is expecting a foal to Jive Magic about the 22nd of December - maybe a Christmas day foal. Russia R comes with a live foal guarantee and has the potential to be the cornerstone broodmare for any stud. 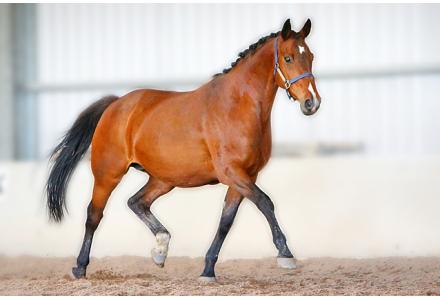