The Oldenburg stallion, Ludendorf was imported in 1984, and thanks to Heath’s promotion, and the use of the relatively new technique of transported chilled semen, bred to an astonishing number of mares. Heath rode the horse at Advanced level One Day Events, and competed in a Dressage Grand Prix locally before he was retired at the age of nine with soundness problems. Ludendorf stems from the German 'L' line through Lukas, Lugano I and Der Löwe (Wahnfried x Herold xx x Fervor xx). Before exportation from Germany, his first and only German foal crop had two licensed sons.

The most successful of the Ludendorf progeny was the dressage horse, Londoner, who was a Prix St Georges star with Heath, and went Grand Prix with Mary Hanna, before he went unsound. The stallion son, Stirling Liberty competed at World Cup showjumping level but was not very tidy, and became better known for his party trick of jumping motor vehicles. 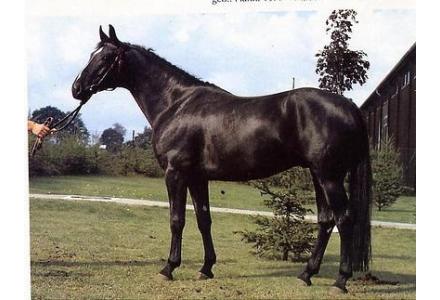