Jocelyn Brown R is a very exciting mare with very exciting breeding. The sire Jive Magic is a Grand Prix competition horse with wins including the Grand Prix at the biggest show in Australia, the Sydney CDI. The dam of Jocelyn Brown R is Ella R who is by the Dutch stallion Jazz. Jazz himself represented Holland as an international Grand Prix horse at the 2002 WEG in Spain. Today he is considered one of the best dressage sires ever and is the sire of Parzival who was the individual silver medallist at the London 2012 Olympics. Ella R is out of Northern Charisma who was the Australian Grand Prix Champion under Rachael Sanna and in 1999 also represented Australia at the World Cup Final, in Dortmund, Germany. 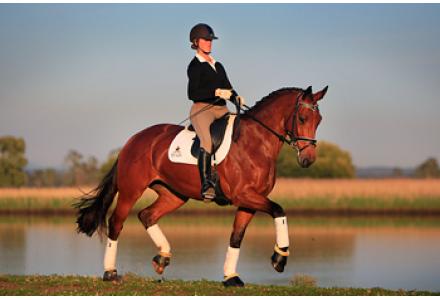