Freddo R has so much personality and character. He is simply stunning. He is a super type with great paces. Freddo R is by the outstanding stallion Bluefields Floreno. Floreno represented Australia in the Grand Prix at the WEG in 2018 before being sold overseas. Floreno brings outstanding genetics as his sire is Florencio I who has had much success in Bundeschampion and young horse classes andthrough the Prix St Georges level dressage. On the dam line is the iconic Rubinstein, Donnerhall and Pik Bube bloodlines.

On Freddo R's dam line is Reeces R who is by Regardez Moi who has on three different occasions been the Australian Grand Prix Champion. Regardez Moi is the sire of Utopian Cardinal who was crowned the Australian Grand Prix Champion for 2016. In the Australian Dressage Championships 2016 both first placegetter in the Grand Prix Freestyle, Mindarah Park Ramadan and the second placegetter Utopian Cardinal were both sired by Regardez Moi. Reeces R is out of Jellybean R who is one of the outstanding broodmares in the herd. Jellybean R is by Jive Magic who was one of the most powerful Grand Prix horses in Australia who won the 2010 Sydney CDI Grand Prix with Rozzie in the saddle. Jive Magic is the sire of 2019 Sydney Grand Prix CDI winner Jarrah R who has since been exported to England.

Here is the link to the video footage of Freddo R: 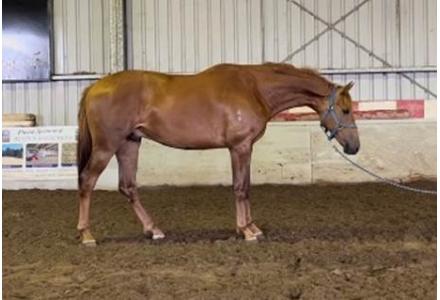