Bartley Ryan is a very important member of staff. Bartley is an Irish name and Bartley himself is an Irish Terrier. Bartley arrived here at Ryans a couple of weeks before Christmas 2016. He was just 6 weeks of age and definitely had the cute factor. On Christmas day 2016, in the evening actually, Heath took Bartley on the quad bike to check the mares some of which were close to foaling. To cut a long story short Bartley fell off the quad bike and went under a back wheel where Bartleys back leg was broken in 6 different places. At first Heath thought that he had broken Bartley's back and it was awful. Anyway a trip to the vets on Christmas day evening confirmed Bartley had a broken leg but seemingly was otherwise intact. Bartley was operated on by Martin Strong who is a local vet who in his early days worked at the New South Wales Equestrian Centre with Heath and Rozzie. Martin specialises in small animals these days. Anyway Martin wired Bartley's leg together and said it was very similar to piecing together broken chicken bones. Martin did a great job. This whole excercise cost a little over $8000!!  Anyway Bartley was originally going to live outside however this injury and recovery meant that he slept in the laundry and lived in the house during the day. These days he doesn't even sleep in the laundry. Bartley very clearly knows his name but will not hesitate to keep going where he wants to go even if you are yelling his name at the top of your voice. He will sometimes look over his shoulder back at you as he trots off to do something more important. Bartley is always very happy to see everyone and especially Heath and Rozzie and all the staff members that make up the family. Barty will sometimes sneak in a bedroom door that has not been properly closed and sleep the night on top of someones bed. Barty has some tricks like shaking hands, rolling over, playing dead when shot, all of which must be followed by a treat! He is very responsive to treats. When Barty feels he is not getting enough attention he will get his furry toy that squeaks when squeezed hard and Barty will bite this toy so that it squeaks non stop until somebody goes over and gives him some attention. Barty is always happy and makes everybody laugh everynight when the days work is done. We all love Barty! 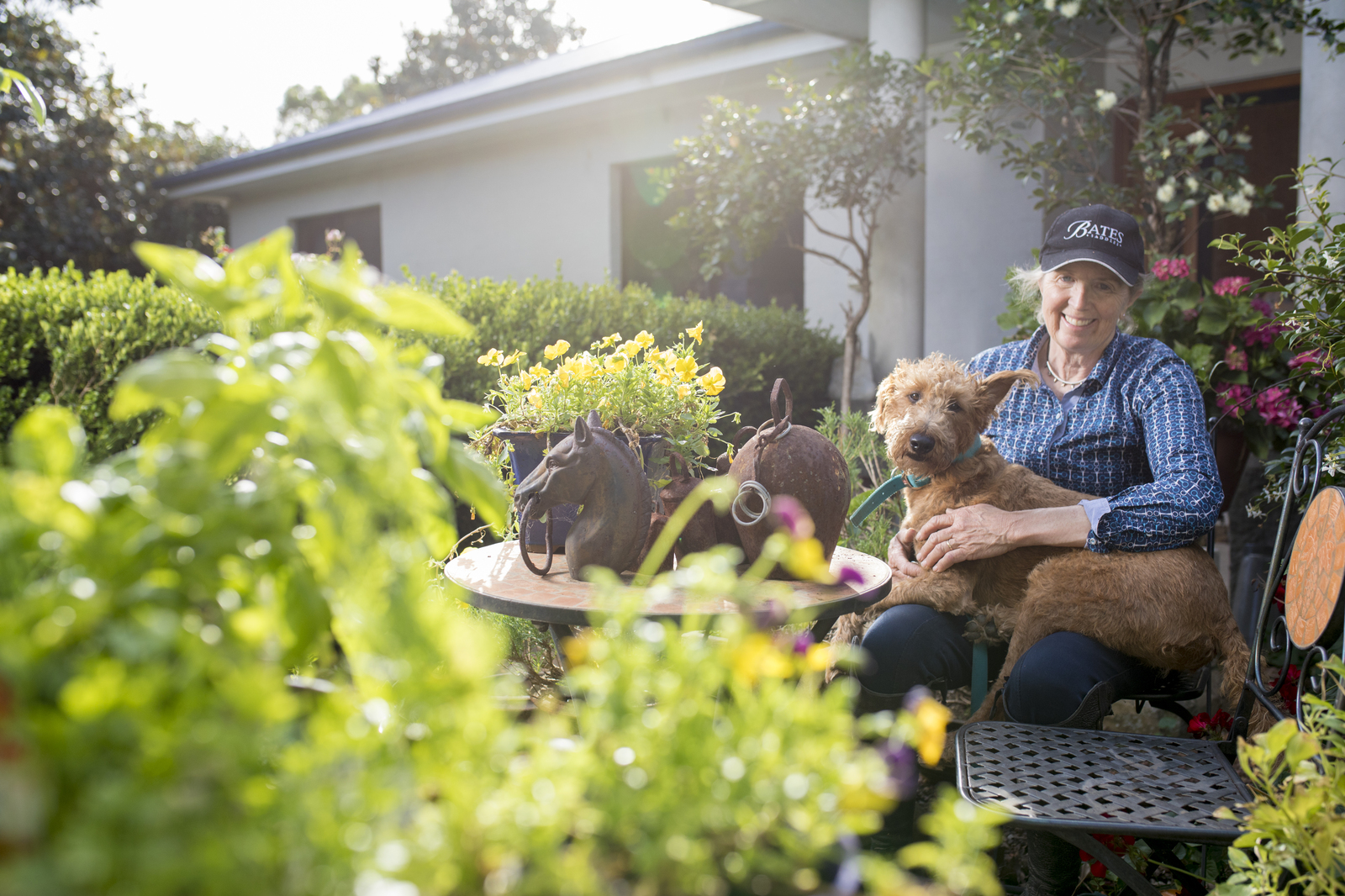