On Sunday the 26th July, at Horseworld in Sydney, the Auction Of The Stars will present eight stallions all of which will auction two service fees each, without reserve. These stallions represent the cutting edge genetics and include the reigning Australian Grand Prix dressage champion, Regardez Moi.

This is the best opportunity in Australia for astute breeders to purchase service fees for the coming breeding season at normally unavailable prices. All of the stallions will be performing on both Saturday the 25th and Sunday the 26th. Auction on Sunday. These eight stallions are: 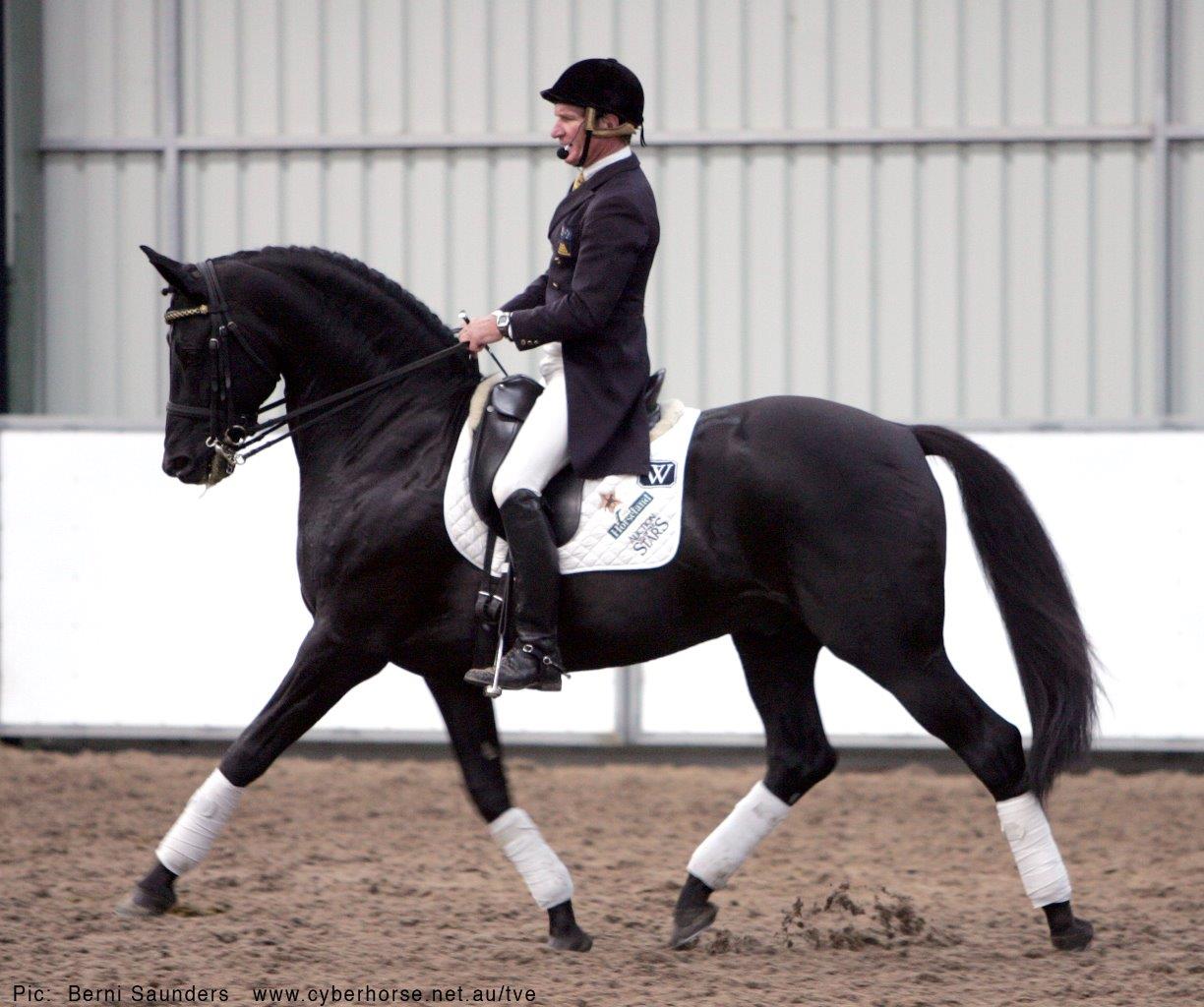 Australian Grand Prix dressage champion for the third time. Sire of outstanding progeny including Utopian Cardinal who is a Grand Prix dressage horse and in the running for the Australian team to go to Rio de Janeiro Olympics. Also the sire of 3* eventers and most recently Rascal who just ran 6th at the Melbourne Three Day event as a 6 year old with Jessica Rae in the CCI1*.  On farm service fee $3,500.00 + GST. 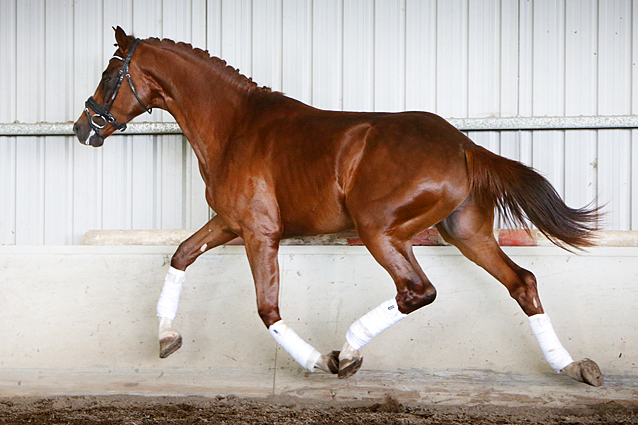 Our new baby stallion who has just started his dressage career with his first outing scoring 84%. Sensational paces, beautiful temperament, elegant modern type and carrying some great bloodlines being by Quarterback out of a Brentano II who in turn is out of a Wenzel mare. Also carrying Donnerhall, Salute and Pik Bube bloodlines. Quest R is liver chestnut and 17hh. On farm service fee $1,200.00 +GST. 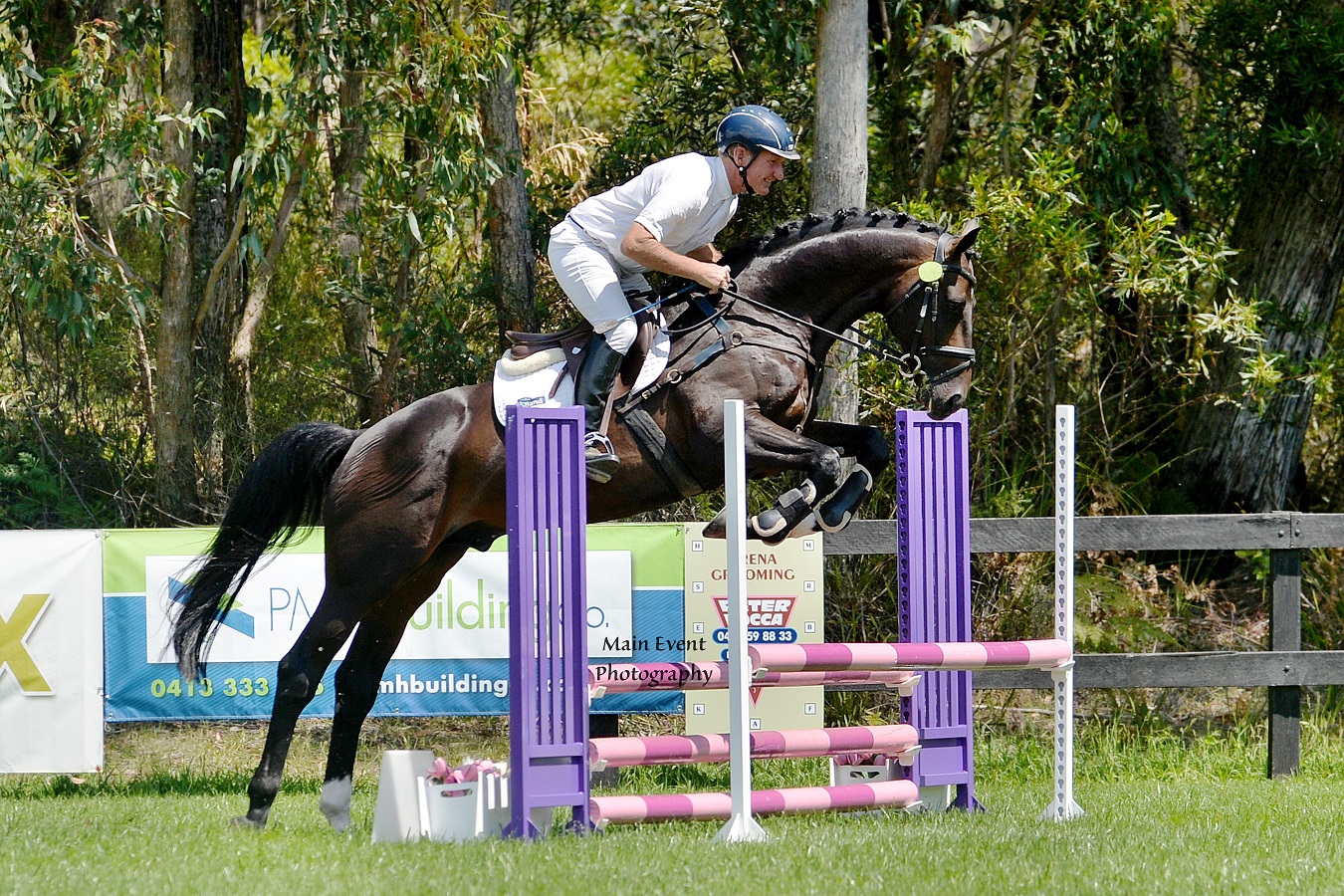 Dark brown stallion by the eventer Contenda who is campaigned by Shane Rose. Constable has won his first preliminary ODE (EV95) and is winning the dressage, showing wonderful talent and creativity cross country, and is really careful and seriously scopey over the showjumps. On the dams side is Gribaldi who is the sire of perhaps the best dressage horse in the world, Totilas. Constable has sensational bloodlines, a sensational temperament and we think a sensational future. On farm service fee $1,200.00 +GST. 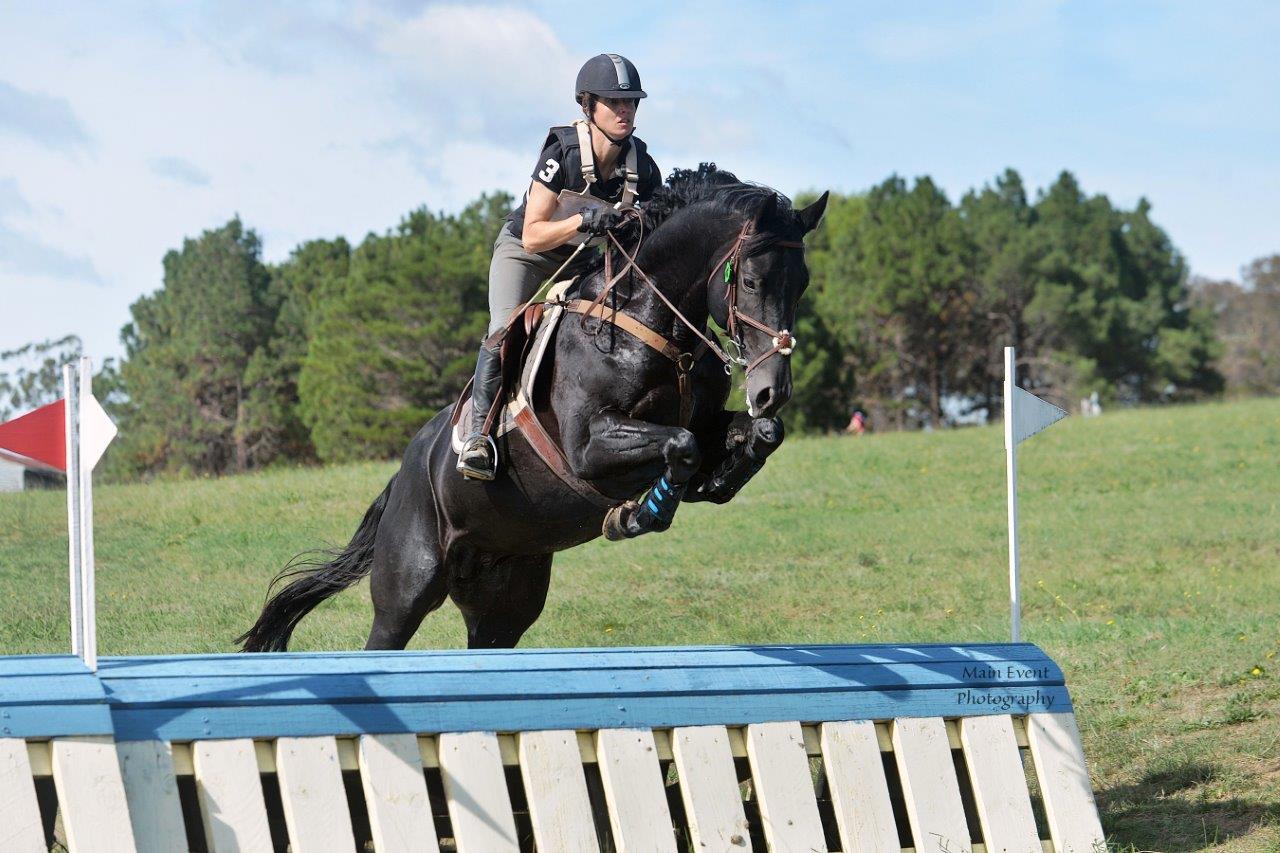 Known as Rielly he is by the US grand Prix showjumper Celtic Blue Diamond. On the dam’s side are the best jumping thoroughbred bloodlines in Australia. Sir Ivor, Sir Gaylord, Agricola, Precipitation, Summertime, Zephyr Zip, Biscay, Northern Dancer and Hyperion. Rielly himself is a freak jumper, really talented on the flat, is winning baby One Day Events with owner Rebecca Lindwall in the saddle and is perhaps the best eventing stallion ever in Australia! On farm service fee $1800.00+GST. 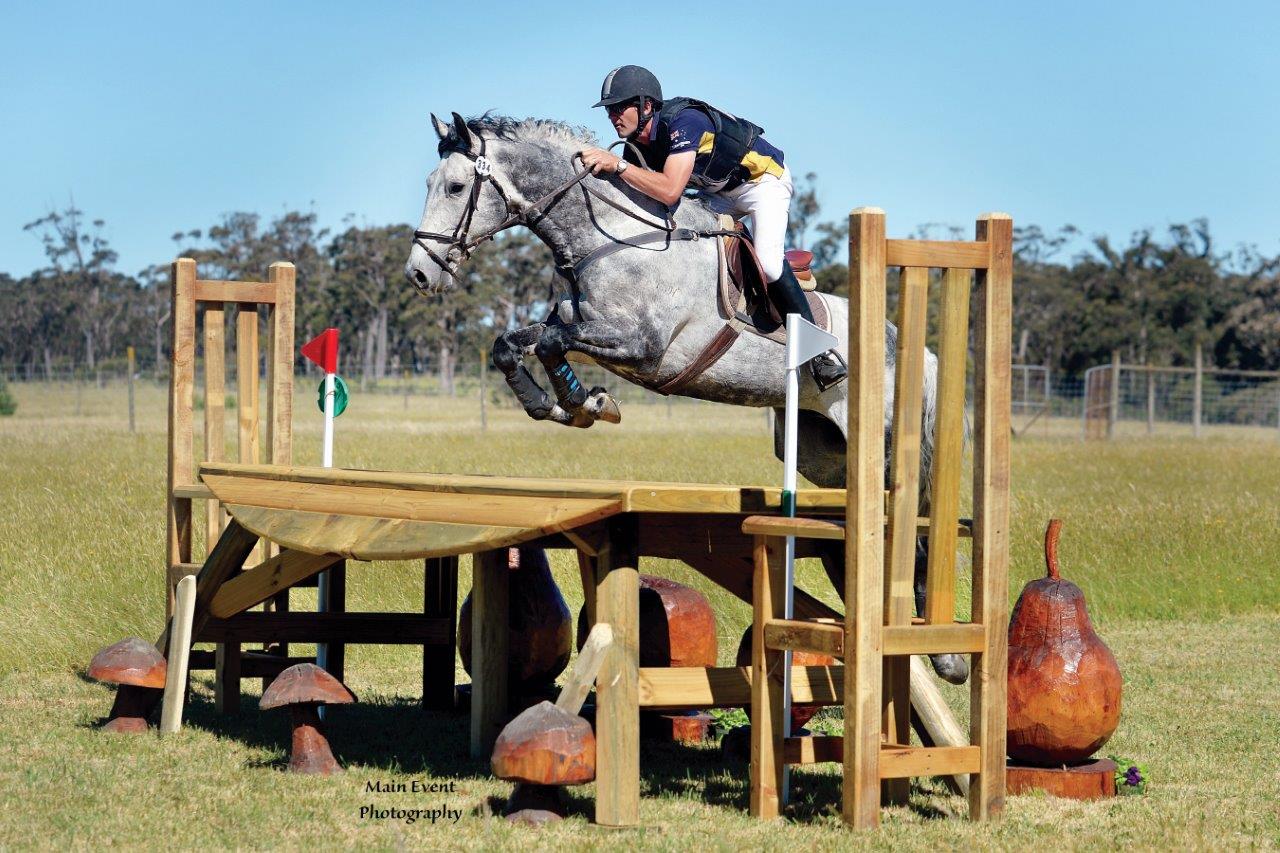 Was broken in by James Broadbent(James’s first breaking in effort), is schooled and is campaigned by James. James has been riding for just 11 years and was a late starter. All of these statistics are a recipe for a major disaster! Against all the odds James and McGuire have steadily made their way up through the grades of eventing and are now competing 2* and aiming for their first 3* at the end of the year. 3*  is where the Olympic teams are selected from. Of course James has done an amazing job however McGuire must re-write world history in terms of talent, temperament, ridability, courage, being long-suffering and just wanting to be a good mate. Amazing.  On farm service fee $1,500.00 +GST. 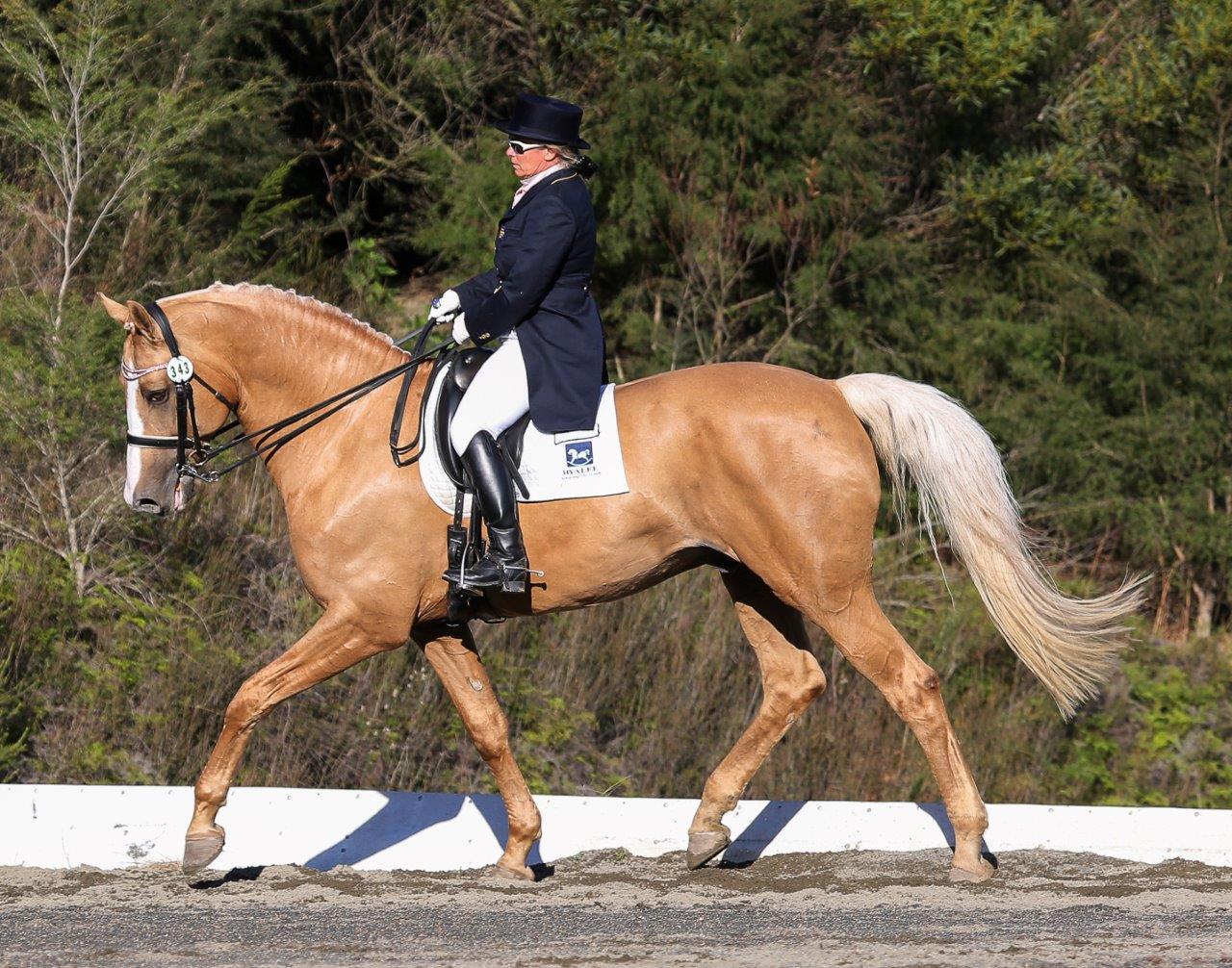 Is a Palamino stallion standing 17.2hh and is the only stallion in Australia by Bjorsells Briar 899 who is shaping up to be competitive and spectacular. Ann Maree and Briar are now schooling the piaffe and passage, tempi changes and pirouettes. Youngstock by Briar are inheriting their sire’s  statuesque conformation and his athletic ability. Briar is also passing on his remarkable colour and riders and buyers are certainly very enthusiastic about his youngstock. An interesting aside, it would appear that Briar is also passing on very serious jumping talent to his youngsters. On farm service fee $2,200.00 including GST.

Is the smallest of the stallions standing at 15.2hh. Sporting impeccable bloodlines being by Wie Weltmeyer and having some fabulous thoroughbred blood on his dam’s side. Son in Law, Blue Peter, Precipitation and Vain. Wow has been schooled and campaigned by Dimity Lourey and recently competed in his first elementary test to win it with over 70%. Dimity is hopeful that Wow is going to take her into the Grand Prix dressage world. Foals by Wow are selling well and certainly inheriting his great temperament and his all round athletic ability. On farm service fee $1,100 including GST.

Is a modern, black Friesian stallion whose bloodlines are unique in Australia. He is registered with the Royal Friesian Horse Society and was awarded star and sport predicates.  Markus is ridden by his owner and young rider Bryce Russel and together they are working their way through all the two track work, flying changes, extensions  and remarkable talented piaffe. Bryce had ridden to preliminary level dressage only before purchasing Markus some 6 months ago. Today they are winning at elementary level and have a great future in front of them. Markus has a temperament to die for! On farm service fee $1,600.00 +GST

More extensive information can be found on www.auctionofthestars.com or by contacting Heath Ryan at info@ryanshorses.com.au or 0417 656 636.