Sappho joined the Ryan team in 2006 as a young SA rider who had enjoyed Pony Club and done some work experience at local riding clubs and also with some well known identities including Megan Jones. Sappho has always had as her goal to make the Australian Olympic Team in the Eventing discipline. Sappho has come from a very different background, being fluent in the languages of French, Chinese (Mandarin) and of course English. Sappho in an earlier life was very musical and has featured in public performances playing the Cello. Since being with the Ryans, Sappho has worked her way up through the grades in the Eventing discipline to FEI Four Star level. Sappho is also training seriously in the dressage discipline and trained her Three Star Eventer Hey Mish to Grand Prix Dressage. Sappho and Hey Mish would compete in a Grand Prix dressage class (CDI) one weekend and then the following weekend competed at a CIC One Day Event at 4* level. Just maybe no-one has ever done that before in the world all on the same horse!

In 2008 at the end of March Sappho accompanied Rozzie and Donna Carrera as groom to Holland to compete in the World Cup Dressage Final at s'Hertogenbosch. Rozzie went on from there to be travelling reserve for the Australian Olympic Dressage Team at Beijing China in mid August, and again Sappho took on the responsibility of travelling with Donna Carrera and looking after her. 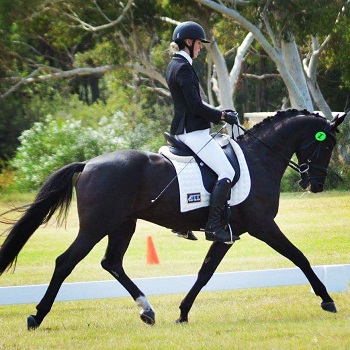 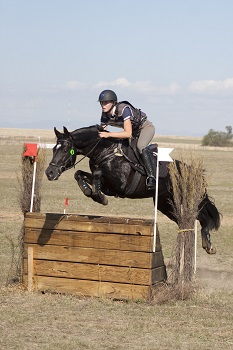 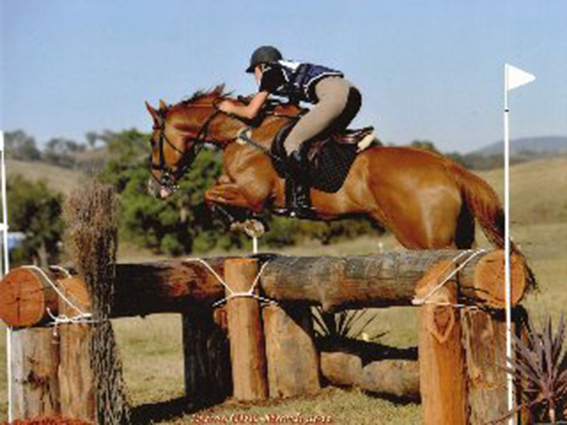 Sappho has been very involved with the breeding programme at the Ryans. In years gone by she was largely responsible for maintaining accurate mare records and also for organising the day to day management of follicle testing, preg testing, foaling, weaning and sale preparations. Sappho is also very competent in handling the stallions during live cover procedures or fresh semen collection which is a very serious responsibility. Probably more than anyone else at Ryans Sappho knows each mare and youngster by sight and can recite off the top of her head their breeding. Sappho has her own little breeding programme in place. In actual fact it is bigger than Ben Hur and not such a "little" breeding programme. Some of Sappho's mares are straight Dressage mares carrying the JIVE MAGIC  and REGARDEZ MOI bloodlines and so far she seems to have been very astute in organising which mares go to which stallions and the resulting progeny demanding premium prices. Under Sappho's direction the Ryans breeding program has in recent times become more and more involved with frozen semen such as Totilas, De Niro, Total Hope and For Romance.

Sappho also has her own little gamble going where she has invested in eventing mares with a view to producing a supply of superior eventing horses for herself to ride in competition. Again Sappho has broken away and used frozen semen such as Chilli Morning, Contendro I, Herald III and Kylie and Phillip Ewarts stallion Wimborne Constable who is the only 4* eventing stallion in Australia.

Sappho has sat and passed her NCAS Level I exams and so is a qualified Riding Instructor. Sappho is an invaluable member of the Ryans team.